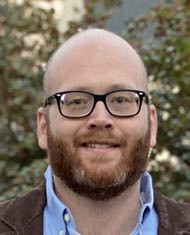 A photographer, developer, husband, and father.
I have lived in or around Raleigh, North Carolina most of my life.
I love music, and I enjoy writing and programming.
I am a maker.

As a kid I was always making something out of cereal boxes and scotch tape or Legos. As I've gotten older I've discovered lots of other things to make, including music, electronics, and photography. But most of my current creative energy goes into programming. And I still play with Legos sometimes.

I graduated from North Carolina State University in 2009 with a major in Agricultural Business Management and a minor in Computer Science, with a concentration on C++. During my last two years at NCSU I worked as an intern with IBM. I was on a development team for Datapower, an XML appliance. I built a system for automated backup of the appliances configuration and a monitoring system for both the Linux servers and Datapower appliances on our network.

After graduation I spent two years at Fidelity Investments programming pension calculation engines. In 2012 I moved to Bandwidth.com where I spun up a test automation and continuous integration system with an agile development team creating a new number management system.

In 2014 I started at Factor 500 as a developer. Thankfully I also get to do a bit on the sys admin side, which I really enjoy as a occasional change of pace. These days I mostly work with Python and Linux. I'm still partial to software that is built in C.

I've been really interested in open source for years. I remember being excited that Tivo became popular because it ran Linux, and now Linux is everywhere. I also love mobile and web technology, I think they are the future for computing. I am always trying out new social media and Web 2.0 products, and own both iOS and Android devices. Some of my personal projects have included a web based twitter client with PHP and jquery, a note taking application (inspired by Notational Velocity) in C#, and lots of HTML/CSS/JavaScript.